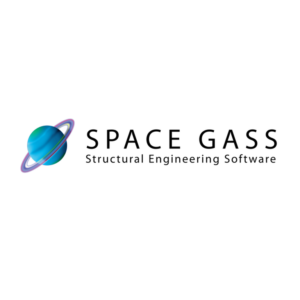 SPACE GASS was born in 1983 along with its companion program PLANE GASS.  The names come from SPACE (3D) or PLANE (2D) General Analysis of Structural Systems.

SPACE GASS was developed specifically for personal computers at a time when PCs were in their infancy and engineers were still using specialist computer bureaus to run their structural analyses overnight.  Due to the newfound convenience of being able to perform structural analysis and design in-house on a PC, engineers soon warmed to the idea of programs like SPACE GASS and PLANE GASS, and hence their popularity soared.

By 1990 it became apparent that structural engineers wanted 3D rather than 2D analysis and so PLANE GASS was discontinued.  SPACE GASS continued to be developed and new modules were added for non-linear analysis, dynamic analysis, buckling analysis, steel design and reinforced concrete design.  The design modules were also adapted for the major US, European and Asia-Pacific design codes, and by 1999 SPACE GASS was being used worldwide in over 70 countries.

The development of SPACE GASS has been continuous since its inception and continues unabated today.