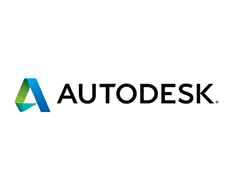 Autodesk, Inc. is an American multinational software corporation that makes software for the architecture, engineering, construction, manufacturing, media, and entertainment industries. Autodesk is headquartered in San Rafael, California, and features a gallery of its customers’ work in its San Francisco building. The company has offices worldwide, with U.S. locations in Northern California, Oregon, Colorado, Texas and in New England in New Hampshire and Massachusetts, and Canada locations in Ontario, Quebec, and Alberta.

The company was founded in 1982 by John Walker, a coauthor of the first versions of AutoCAD, the company’s flagship computer-aided design (CAD) software. Its AutoCAD and Revit software is primarily used by architects, engineers, and structural designers to design, draft, and model buildings and other structures. Autodesk software has been used in many fields, and on projects from the One World Trade Center to Tesla electric cars.

Autodesk became best known for AutoCAD, but now develops a broad range of software for design, engineering, and entertainment—and a line of software for consumers, including Sketchbook. The company makes educational versions of its software available at no cost to qualified students and faculty through the Autodesk Education Community, and also as a donation to eligible nonprofits through TechSoup Global. The manufacturing industry uses Autodesk‘s digital prototyping software—including Autodesk Inventor, Fusion 360, and the Autodesk Product Design Suite to visualize, simulate, and analyze real-world performance using a digital model in the design process. The company’s Revit line of software for building information modeling is designed to let users explore the planning, construction, and management of a building virtually before it is built.

AutoCAD is a computer-aided drafting (CAD) software application developed by Autodesk that enables drafters, architects, engineers, and other professionals to create two-dimensional (2D) and three-dimensional (3D) models of mesh and solid surfaces. Prior to computer-aided drafting, manual hand drafting tools such as drafting boards and pencils, inking pens, parallel rules, compasses, and triangles only offered a subset of what can now be done with programs such as AutoCAD. Since its original release in 1982, AutoCAD quickly became the most widely used CAD program in the world because of its robust set of automated drafting tools and features. AutoCAD allows you to visually design and explore your conceptual design ideas, modify your designs using 3D free-form design tools, generate intelligent model documentation, transform your designs into 3D renderings, and turn them into cinematic-quality animated presentations. Autodesk has also developed a few other variants of AutoCAD that address discipline-specific needs. These programs include AutoCAD Architecture, Civil 3D, Electrical, Map 3D, Mechanical, Plant 3D, MEP, P&ID and AutoCAD LT.

Autodesk Revit Structure is widely used in BIM process and helps revolutionize typical workflows between initial architectural conceptual design, through to structural engineering and out to detailed drafting by allowing all parties access to the same project database.

This means that the impact and effect of model changes can be assessed immediately thereby reducing errors as existing documentation and views are updated automatically using Revit’s parametric technology saving time and streamlining coordination between Architects, Engineers and contractors.